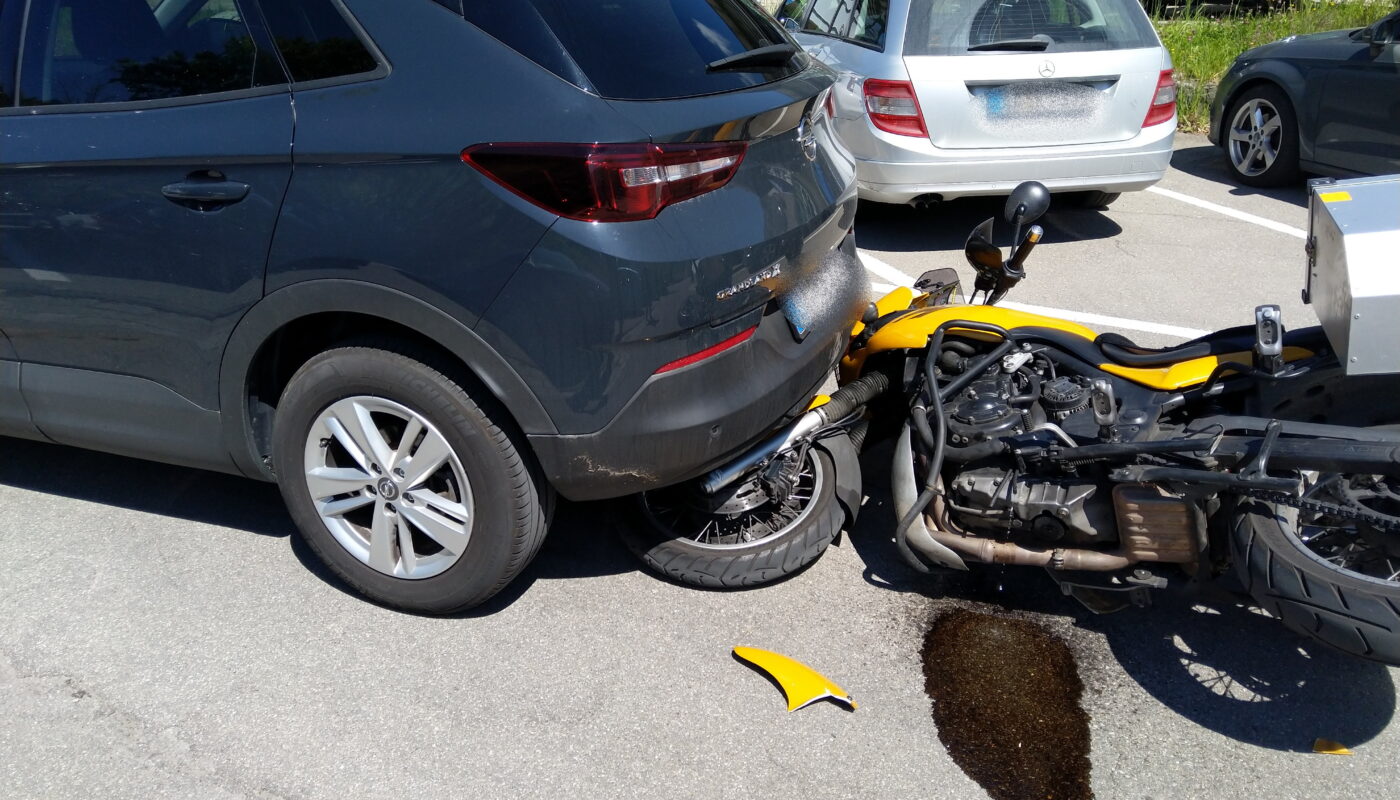 Finally decided to get out a bit as lockdowns are significantly lifting. We wanted to see the mountains again with all other things here being generally insanely busy at the moment. I set off with my son for a day or two near the mountains, we had a great trip down via Lake Constance with beautiful weather. Unfortunately, as we were just deciding where to park we were reversed into. The Tiger had a whole rear end of a car balanced on its front wheel then was twisted forcefully over to the right and there it lay, leaking petrol.

Sad to see the old bird lying there and worried about the damage, particularly to the headstock and forks. As I stood there I remembered my first tour in France with her in 2015 down the “Routes des grandes Alpes” and then the various other tours we´ve done together since then. The tiger lady has been a great partner in crime these last seven years.

At the moment she´s being checked for damage then we will have to decide whether the sword of damocles shall fall or hang on its thread for a while longer. The most important thing, however, is that no personal injuries were sustained so at least happy about that…

The Tiger has been declared “dead” for insurance purposes. Parts of her can live on though and be transplanted into other bikes, so someone somewhere could soon be the proud owner of an excellent replacement rear shock from YSS and an Engine Control Unit (ECU) with outstanding response and no fuelling hole in the mid-range area. Lucky people!

devenirgris.com
Corona diaries - day 26 (or thereabouts) - the fueling problem — Devenir Gris
The coronavirus semi-lockdown has turned out to be a marvellous opportunity to repair lamps, mend washing line, do all sorts of household jobs that have …

Am feeling a bit peeved generally about losing the Tiger. The insurance pay-out will not probably cover getting a replacement bike and summer has just started. Damn!

I´ve had a look round and thought about what might be a good and worthy replacement. I think something with ABS, shaft-drive, I´ve looked at a few articles about Yamaha Super Ténéré, obviously used, but it feels a bit early yet.

Day 1 1 – Lourdes to Saint-Lary, Tarascon then to Béziers