The time since August 2022 has been particularly mad, even by current standards, and with my job envelope expanding rapidly and unexpectedly I haven’t had enough time and, probably more importantly, energy for small and interesting tech projects. I have been using the Volla phone 22 since it arrived in August…

Chapter 7 – the Volla Phone 22 part 1
I signed up for the new Volla Phone 22 on Kickstarter with a view to getting my degoogling and, if possible, Ubuntu Touch project back off the ground again.

… and, after a few initial hitches, reboots in the night and griping about the camera, I have got used to it and it’s a good daily companion. Particularly the update at the end of December 2022 with the addition of microG functionality (with a switch for on and off) was a clear gain for the everyday user. With a holiday day on the 6th January and the rest of the family asleep, I decided to take the plunge in Volla OS and do a reformat and repartition of the SD card and then, using the Volla Boot Manager, install Ubuntu Touch onto the prepared partitions.

All went entirely smoothly having unlocked OEM Boot and USB Debugging under developer options. I rebooted and the familiar Ubuntu Touch logo appeared: 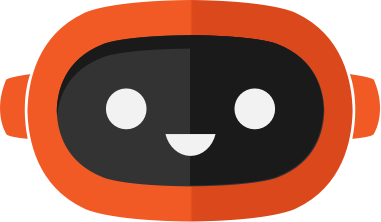 Home | UBports
Powered by an innovative community of developers

Previous experiences some time ago on the Sony Xperia X:

With no fuss so far (and I do not say this lightly as installing Ubuntu Touch on the Sony Xperia X was a challenge to say the least), it was up and running smoothly with full phone functionality.

Ubuntu Touch has made quite a few steps forward since my last foray about a year and a half ago. Here the detail about the latest OTA-24 and the nearing major update to Ubuntu 20.04.

Ubuntu Touch OTA-24 Release
Ubuntu Touch is the privacy and freedom-respecting mobile operating system by UBports. Today we are happy to announce the release of Ubuntu Touch OTA-24, the very latest update to the system! OTA-24 will become available for the following supported Ubuntu Touch devices over the next week:

So basically, this step seems to have really upped the usefulness and variability of my Volla phone 22. It is fun and I’m enjoying setting UT up to full functionality.

I shall report again when it is fully set up. I shall also report a bit more soon about the goings-on at work and developments there which have been keeping me off doing things here. There are also a few things to report from the political front as have been busy there too and there is a plan for this year to do maybe a week in the Alps and/or France/Italy on the bike…

Update: after a bit more twiddling and setting up and linking in this and that I installed waydroid. Wow! What an epic step forwards! It is basically a virtualised android box for android apps so that these can run in Ubuntu Touch thus creating access to a whole brave new world of apps. A lot of really useful android apps can run now which is, frankly, amazing. There is still the odd app which won’t run in a virtual environment (Garmin Smartlink for logical but irritating reasons) but this really takes Ubuntu Touch out of the monastery and into a broad and sunlit church. Am mainly using Volla OS at the moment but am quietly working on UT in the background.